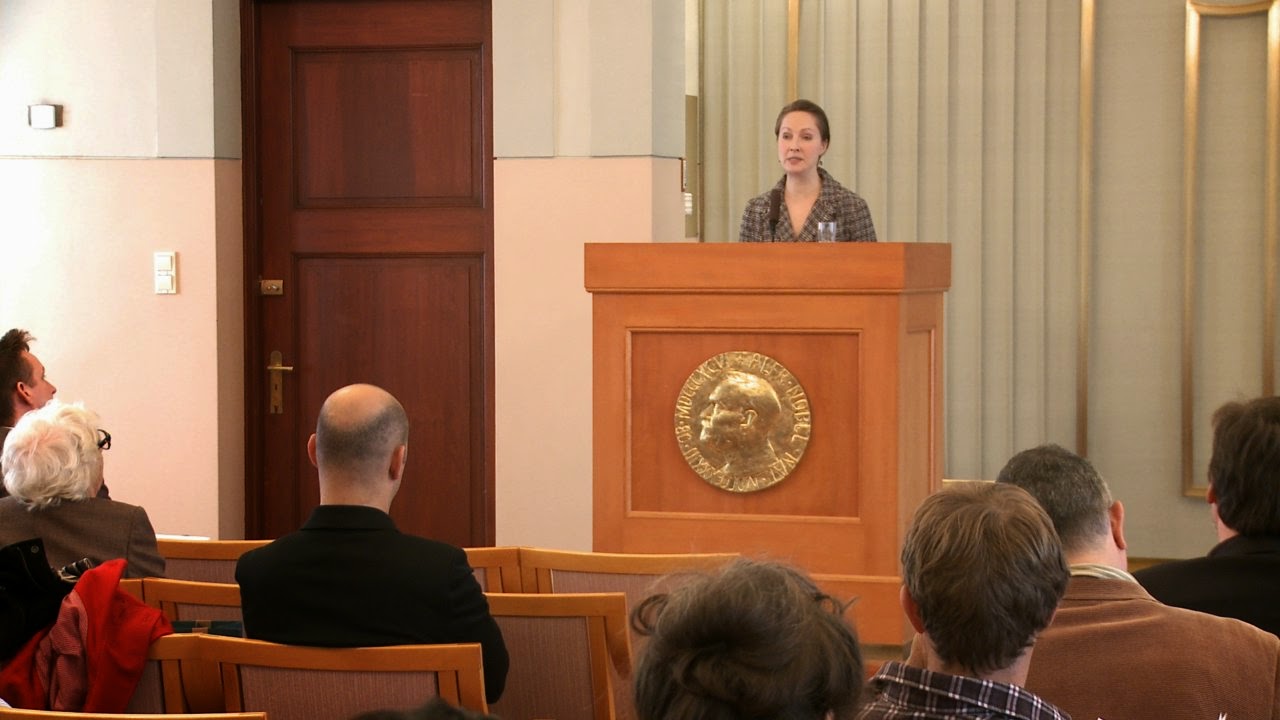 This task was made more/less daunting (choose your favorite) by the fact that the Nobel Institute is trying a new thing, whereby their old, smaller research seminars have been replaced with public lectures in their large (and very gold-adorned) hall. This spring, their lecture series is called "Liberal Internationalism" (see the list of speakers here - it includes some really cool people like my former UVa professor Bill Quandt, who will probably (?) be speaking about the failures of liberal internationalism in the Middle East).

So, rather than prepare remarks aimed at scholars (who will be vicious in that deathly scholarly way in their feedback) I prepared more policy-oriented remarks for a general audience. But then, I got to have my cake and eat it too, because Geir Lundestad was in the audience and gave me a real scholarly tango at the end of the Q & A session that made me nostalgic for when my dissertation advisor, professor in history Melvyn Leffler at UVa, would tear me (and all political scientists) down with a vengeance.

Anyway, I kept it to a brisk 40 minutes with lots of examples and quotes so if you decide to watch, I promise you will be moderately entertained and definitely not fall asleep. Or, most probably won't fall asleep. My husband, who was in the audience, says it gets a lot better after the first 5 minutes, so you can always fast forward. Thanks husband, for your always honest comments. (That last part was said in an icy kind of voice.)